A diversity campaign for the city of Cologne 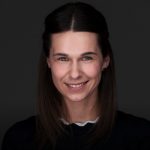 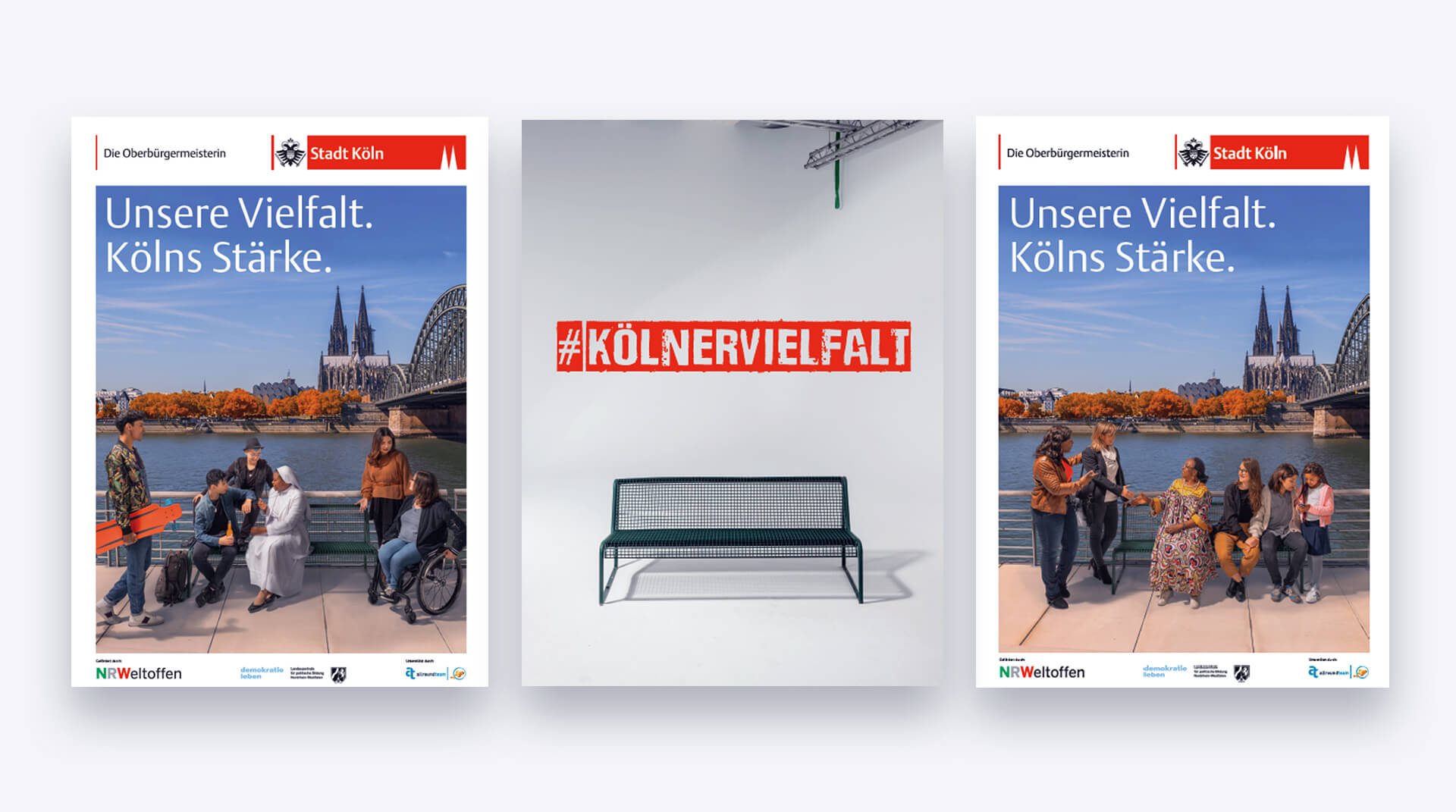 It was a joyous moment when our boss Fabienne told us that we had received the approval to implement the diversity campaign for the city of Cologne. The campaign ran under the name „Unsere Vielfalt. Kölns Stärke.“ („Our Diversity. Cologne’s Strength.“).

Diversity is also one of the strengths of the Allround Team, which is why the topic fitted into our company like no other. Fabienne has been fighting for “otherness” for years. As an Ethiopian who grew up speaking six languages, she increasingly demonstrates that different cultural backgrounds are no reason for exclusion. Her work also leads to social engagements, e.g. at the IHK Cologne, Charta of Diversity, Gala of the German Diabetes Help. In this way, she was able to contribute her input to a valuable campaign in the various workshops and moderated the approximately 20 people through various theme evenings. Cologne’s population groups – regardless of gender, age, disability, religion, ethnicity, and skin color as well as sexual identity and diversity of life – have developed a campaign that focuses on the commonalities of all. After the first workshop it was already clear that all Cologne people can identify 100% with their hometown Cologne. So why not integrate the city of Cologne as a unifying motif in the poster campaign? And what stands for Cologne more than the Cathedral? So the background motif for the five poster motifs, which places a park bench in the foreground, was quickly found. On this park bench, different people from Cologne, who entered into a dialogue with each other, were shot. The captured images should appear natural and not posed. Everyone had great fun participating in the shooting and thus in the campaign. The naturalness and also the joy prevailing on the set are reflected in the selected campaign pictures. It was incredibly beautiful to see how all participants felt directly connected to each other. All of them were able to show off their diversity and great strengths and were thus an important part of the successful campaign, which set a clear signal for the city of Cologne. 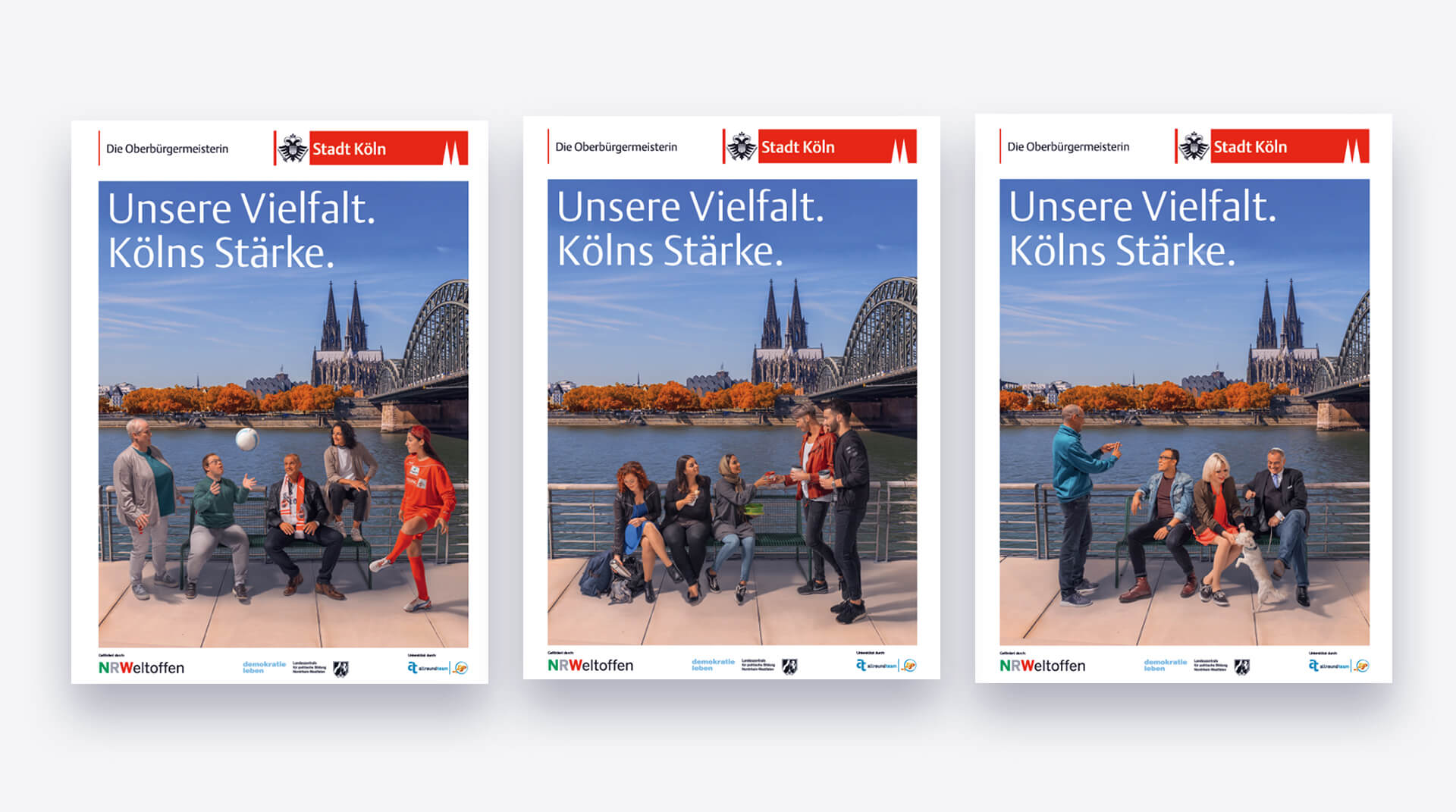